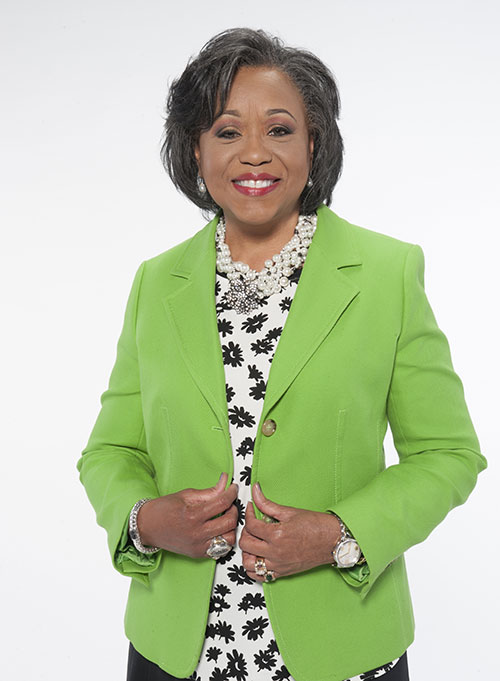 Dr. Lois Evans was the wife of one of the nation’s leading preachers and a distinguished leader in her own right. In her role as the First Lady of Oak Cliff Bible Fellowship, she served in the office of the Senior Pastor over women’s ministries. Lois was the Senior Vice President of The Urban Alternative and the founder of Pastors’ Wives Ministry.

the wife of one of the nation’s leading preachers

Lois had been employed by the Billy Graham Evangelistic Association, the Grand Old Gospel Fellowship Ministry, Dallas Federal Savings and Loan, as well as numerous executive management positions with The Urban Alternative since its inception in 1982, including serving as Executive Vice President from 1989 to 1995 and Senior Vice President until her death, December 30, 2019.

Her illustrious ministry profession included serving on numerous boards such as the National Religious Broadcasters Board, NRB Television Board, and The Urban Alternative Board of Directors. In addition, she was a member of Leadership Southwest, sponsored by the Oak Cliff Chamber of Commerce and served on the Board of the Christian Management Association.  Most notably, Lois served as the first President of the Global Pastors’ Wives Network.

Lois was honored in 1995 with the Good Samaritan Award from Dallas Baptist University for outstanding Christian service to the community. In 1996, she received an honorary Doctorate of Humane Letters from Eastern College and in 2000 she received the Status of Women Award from Sigma Gamma Rho Sorority, Inc. The Women of Influence, Inc. honored Lois with The Woman of the Year in Ministry Award.

Lois traveled throughout the United States, the Caribbean, China, India, Israel, South America, Europe and West Africa. She was a much sought-after speaker for conferences and churches around the globe, as well as an accomplished singer.

Lois was married to her favorite pastor, teacher and best friend, Dr. Tony Evans, for nearly 50 years. Her life and legacy live on in her four children: Chrystal, Priscilla, Anthony, Jr., and Jonathan, five granddaughters, eight grandsons, one great-granddaughter, and one great-grandson.

In addition to many magazine and newsletter articles, Lois was a contributing author to Promises Promises. Understanding and Encouraging Your Husband (Vision House, 1996).